One could write novels about mid-life crisis, and everyone’s story is different. In fact, the only common bond between all of us is the fact that we ALL go through it. We all reach a point in our lives when we realize our youth is fading, and many of us do crazy things to cling to it. Some are as subtle as finding new hobbies, hairstyles, or dress. Others go right off the deep end.

My mid-life crisis was when I turned 35, much younger than the traditional age range of 45-55. I was married, had 3 young children, a job I didn’t love, and a very routine life. My apathy for life then was a direct result of my complete lack of adventure, or so I thought. I had friends who’d traveled extensively, graduated from university, lived on their own – they had stories to tell, and memories to recount; memories that were funny and interesting. I’d lived with my parents up until I married at 22. I had a job in an office. I had 3 children and moved to the suburbs. By all accounts my life was perfect, and it was, until I turned 35. Suddenly I questioned everything that I believed made me happy. I regretted not going to university. I wished I’d lived on my own or maybe with a roommate. I longed to see the world, and that I couldn’t accomplish any of these things because my path was already chosen, made me question my happiness and time was running out!

My attempt to recapture my lost youth was I think, subtle. I dispensed with my conservative clothes, replacing them with a wardrobe entirely of denim. I highlighted my hair and invested in funky glasses, big framed, dark lenses with glitter on the sides. (my husband said I looked like Aristotle Onassis) I drove my aged and tired Honda Accord, complete with 2 car seats and  a booster, like it was a convertible Corvette. (ok, work with me people, my mid life crisis had to be on a budget) I played Chris Deburgh CD’s over, and over, and over (no idea why) Maybe because he often sang  about ‘other worlds’ and I thought his messaging aptly described my state of mind. In hindsight I think I looked and acted pretty foolish but my little ‘crisis’ only lasted about 6 months. Eventually the denim proved too stiff for daily wear and I longed for my stretchy pants. Chris Deburgh made way for Gypsy Kings and Frank Sinatra, and my tired old Honda finally died forcing me to take public transit. The dream was dead.

Ok, not quite the glamour I envisioned in middle age but I truly believe I escaped unscathed. Men seem to suffer more of an identity crisis or the feeling of entrapment in middle age. Women, on the other hand, seem to weather the aging process better. Maybe it’s because we’re so busy caring for a spouse, children, a home, a job…we just can’t indulge in a total  breakdown and that’s probably a good thing because the cost of some of the things I’ve seen people do in mid-life, is high.

Men have been known to buy a new sports car, change careers and take up with younger women in their quest to cling to their youth. They adopt a ‘new look’, maybe dye their hair, shave their head, grow a beard, pierce their ear and sport a pinky ring. They decide the wife they once adored is now looking older, complain she always tired and no longer ‘interested’ in them, and they determine she is no longer interesting. So, they catch the eye of some cute young thing (and sadly there is a huge population of  women willing to take up with a married man) and before he knows it he’s head over heels for her because she makes no demands of him. She’s fun, and sexy, and caters to his insecurities, and before he knows it he’s left the wife and the kids for his new life with Barbie, the perfect doll, and he feels like he’s twenty again.

The wife is devastated, but she survives. (ok, she washes all his shirts and underwear with a red towel, maybe drives over his new camera a few times, then sweeps the bits back in to his camera case, replaces his Viagra with a muscle relaxant,,,,,then she moves into survival mode) But survive she does and eventually she finds happiness again. The desertion of her partner has made her stronger, more confident, and with this strength and confidence she has become more interesting. She has a new circle of friends, maybe a new love interest, and the respect of her children, her friends, her people.

He, on the other hand has now married ‘Barbie’ and after the honeymoon she tells him she wants to start a family (funny that never came up in conversation before) and to appease her he obliges, naively thinking things will be different. She won’t tire, or age, or nag, no no. She will remain fun and sexy and devoted to him.

And before he knows what’s hit him he’s helping out with night feedings and car pools instead of sipping Margarita’s at an adult all-inclusive resort. The children from his first union are now grown and no longer dependent and his ex wife is enjoying an active social life. She joined a gym, took an art class, started a gourmet cooking club, and now spends her weekends with friends. She travels, skis, hosts dinner parties, and every fibre of her being reflects her confidence. In short, she has come full circle and is now enjoying the fruits of her labour. (bet that whole denim thing isn’t looking so silly now, huh?)

He looks at Barbie, who complains she’s tired and she says he needs to cancel his golf game to help her with the kids. And he has to sell his sports car because it isn’t family friendly, i.e., the car seats don’t fit. Vacations to visit her mother now replace those romantic adult all-inclusives, and he realizes he’s trapped.(ain’t that a shame)

He looks longingly at his ex wife and envies her new found freedom. She looks amazing. She’s happy, and fun, and sexy, and he’s……miserable, and suddenly he feels very old and very tired of life (I‘m tearing up) but he has made his bed, and now must lie in it.

Now, this isn’t every mans’ tale, but it’s much more common than we’d think. Coping with aging isn’t easy but it’s necessary because we can’t avoid it. We can take a subtle route and simply irritate our family and friends for several months before we snap out of it, or we can uproot our lives, abandon those we truly love and go off the deep end. To say we go temporarily insane in middle age is an understatement. Some of us go bloomin’ nuts!  At the end of the day, it’s how we deal with the aging process that determines our happiness. Dying your hair, piercing your navel and buying a sports car might seem outrageous but it leaves your life and relationships intact. Age is going to hit us all, despite our feeble attempts to cling to youth. If you made your choices in life with a younger, sound mind, they’re probably still the right choices now. Aging might take you off your chosen path, but only briefly, so ride it out. Don’t mess with a good thing because you can’t recover what you’ve thrown away. 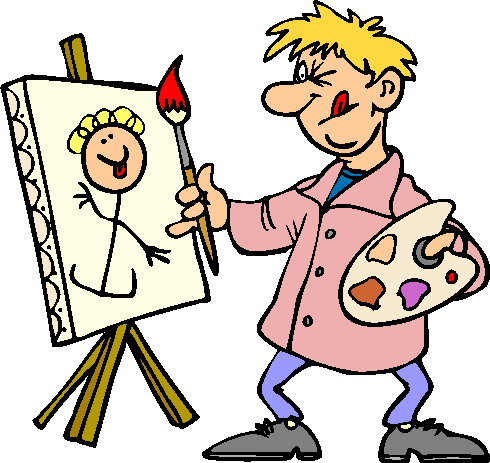