Why do we choose the partners we do? And if we had the knowledge we have now, way back then, would we still make the same choice? (now there’s a loaded question)

I know a number of couples whose relationships are contentious at best, and you have to wonder not only why they’re still together, but what on earth could’ve brought them together in the first place. They have little to nothing in common and they fight openly and consistently, yet they are loyal to each other. Is it simply a matter of comfort and familiarity? (I guess it’s easier to stay with the devil you know)

I married for love (next time I’m going for money) and fortunately for me that worked out well. Now that’s not to say it’s been easy. The people we love can be a royal pain. We do, on occasion, get on each other’s nerves; irritating routines and annoying habits all take their toll on our patience and for some (ok, me) that fuse of tolerance is just a wee bit shorter (it’s really hard to be patient with someone who is almost always wrong) The simplest things become monumental.

My husband is a creature of habit, especially when it comes to eating. He loves his meat and potatoes and I’d venture to say he’s probably never eaten anything without his line-up of condiments. Now over the 38 years we’ve been married, I’ve become a pretty good cook  (largely out of necessity….he doesn’t cook and doesn’t want to, so it was learn to cook or starve) I take great pride in some of the meals I present to my family so when he plops a giant bottle of ketchup on the table before even tasting the food, I take issue with it. An expensive cut of meat that’s been expertly cooked differs little in flavor from boiled cardboard once you smother them in ketchup.

He disagrees, and since he rarely cooks himself I cut him little slack here. His entire culinary repertoire consists of mashed potatoes and homemade croutons, each of which he executes with such excruciating detail (and a HUGE mess) but neither of which requires any great skill, however, I always eat them without complaint and I do not ‘add’ any additional seasoning or condiments without trying them first.

Recently my daughter and her family were over for dinner and I was trying a new recipe I’d seen on a cooking show. It required a lot of last minute attention and because my daughter is a vegetarian I had to make 2 versions of the meal, doubling my last minute efforts. At the eleventh hour my darling decided he wanted Swiss Chalet Sauce with this meal (heaven knows why…I wasn’t serving chicken)  We have a powdered mix I’d stupidly purchased for him (he would occasionally drive to Swiss Chalet to buy just the sauce and it drove me crazy to see $1.79 go through our account so when I saw a powdered mix version of it I bought it…who knew it would come back to bite me?)

I had two pans on the go for some last minute frying I had to do and along comes my darling with a pot and his *^#$% sauce. After a few minutes one of my pans was ready to go much earlier than the other so puzzled I checked the temperatures and sure enough he’d moved my pan to another burner so he could make his sauce. Now I’m a reasonable woman but when you sabotage my meal for want of your 99 cent gravy I have a  problem with it but this time I decided to exercise some tolerance and laughed off this little idiosyncrasy. Would’ve worked too had he not plunked a big bottle of ketchup on the table. (can’t you just see the next days headlines “Wife beats husband to death with ketchup bottle”)

At the end of the day I suppose we all have our issues with those closest to us. It’s not easy living with another and unfortunately we don’t figure that out until it’s too late. (I have a number of friends who chose to remain single …..did they know something we didn’t?) On the other hand it’s probably those moments of frustration that force us to be more tolerant of others and, dare I say it, help us grow? Much as he can drive me crazy, I am more in sync with my partner than not, and I’m sure that’s in no small part to years of exposure. (That or he wore me down)  Who knew that those 5 words, “till death do us part’ uttered in our marriage vows, would have such a resounding impact (That said, if I see a bottle of ketchup come out next time I slave over a nice meal death is gonna come a lot sooner than he expected)

We are all different and how we coordinate to select our life partner is as unique as each of us. Besides, that’s not the hard part – riding it out in the tough times, is. We may be opposites, we might be completely mismatched, but acceptance is our life lesson here and at the end of the day it’s still about love, and that’s the real deal. 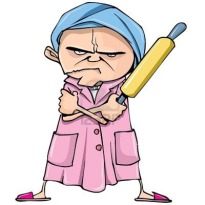 One thought on “Till Death do us part”