I was reading an article recently about a mother who decided to ‘return’ her 7 year old adopted daughter because she was unable to cope with her behaviour. This surprised me for two reasons; 1) because I wasn’t aware that one could ‘return’ a person, and 2) I could never imagine why one would want to. The process of getting an adopted child is so expensive and so cumbersome, and not everyone looking to adopt gets a child. You’d think then, that those who were lucky enough to get one would be so grateful they’d never consider ‘returning’ them. And yet it happens, I would later read, for a number of reasons.

The circumstances that bring a child into foster care or an orphanage are often unpleasant. There may have been abuse, neglect, or simply no family able to care for them. In many cases the young minds are permanently scarred from early childhood trauma. Suffice it to say that many adoptive children have a lot of baggage – what a rough and unjust way to start life.

I knew of a couple who adopted siblings, a boy and a girl. They were approximately 10 and 13 years old (the exact numbers escape me) and they didn’t want two children but were pressured by the adoption agency to keep the siblings together. Not long after moving them in to their home the trouble began, lying, stealing, verbal abuse, issues at school – none of these issues had been disclosed by the agency. The couple went to therapy with the children to try to sort through things and discovered the siblings had endured much in the hands of foster care, where they’d spent a good five years of their lives. After two years of effort and intensive therapy the couple simply couldn’t cope. Their once happy home had become a battle ground and their marriage was now at risk. At the end of their rope, they petitioned to return both children to foster care. It was a difficult decision for them, one for which they were heavily criticized by friends and family, but for them there was simply no other choice.

I’d like to think that this was an unusual situation but it isn’t unique. People seek to adopt for all the right reasons. They want to share their lives with a child – they have the means and the desire. And I’d bet most children want nothing more than a happy loving home in which to thrive. This should be a match made in heaven but too often the children are so scarred by the experiences that brought them into an orphaned situation that they cannot trust. Many suffer from low self-worth and they feel they are not deserving of familial happiness. In some cases it’s simply a lack of bonding.

You would think that adopting an infant is probably the best way to avoid the past life scarring many older orphans suffer but there are no guarantees because you don’t always know the circumstances of the pregnancy or their genetics, and the availability of newborn babies for adoption is not as high as those for older children. Nothing is easy.

I know of any number of families where the natural children and parents do not get along and never have, so adoptive families aren’t the only ones with issues. In fact all families have issues (and anyone who tells you otherwise is lying) The big difference here is that the natural families had no choice of what child they get nor did they expect to have a choice. They were blessed with the ease of having a child naturally, lucky them.  In some cases it was an unwanted child (teen pregnancy) later put up for adoption to a home where a childless couple benefited, lucky them.

That there’s so many children without a loving home is heartbreaking – the hardest part to fathom here is that this doesn’t just apply to those without a ‘natural’ family. The children who are adopted are lucky because they were ‘chosen’ to a home which implies they were wanted. Not all children ‘born’ into a home are necessarily wanted and therein lies the injustice. Shouldn’t early life be easier for all children? Heaven knows they’ll have to face enough challenges throughout their adult lives.

Every child deserves a safe and loving environment in which to start life. God bless those generous souls who open up their hearts and their home to help a young life start out, and heaven protect those not chosen because the path is longer and more difficult for them. I can’t imagine that we could ever regret sharing our life with a child, after all, we are all family. 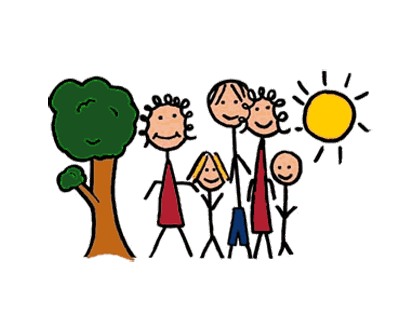