St Valentine’s Day is approaching and retailers are gearing up for major sales. Restaurants are almost fully booked, florists and jewelers are overwhelmed with orders, and chocolatiers are working overtime to stack their shelves with heart shaped boxes filled with sweets. The Christmas holiday aside, more cards are sent for St Valentine’s Day than any other holiday in the year. It is, after all, the day for ‘lovers’ right? Not quite,,,,at least it didn’t start out in the mushy romantic sense in which we’ve come to know it. In fact, there no official documented theories around the origin of this day.

There are however, several ‘stories’ as to how it came about and none are pretty. The ancient Romans celebrated the ‘feast of Lupercalia’. This was the celebration of purification and fertility, held annually on February 13-15. The men would sacrifice a goat and a dog, skinning them, then using the bloodied hides to whip women. (boy, those Romans sure know how to party!)  It was believed that this ritual would make the women more fertile. So strong was this belief that the women actually lined up in the streets to have the men belt them. (ok, these are not bright women)

Another legend contends that Valentine was a catholic priest who served during the third century in Rome. Emperor Claudius II decided that single men made better soldiers than those with wives and families so he outlawed marriage for all young men to maintain his force. Valentine, realizing the injustice of the law defied Claudius by performing marriages in secret for young lovers. When his activities were discovered he was put to death. He was one of three saints by this name who were martyred. The other two weren’t quite as romantic in their feats, rather they displayed various acts of heroism in celebration of the day. (still, having to marry in secret is lot easier to take than getting slapped around with a bloody hide)

Another theory stems from Europe in the Middle Ages where it was believed that February 14 was the beginning of the birds’ mating season, adding to the notion that the day should be reserved for romance of all species. (ok, that’s a bit of a stretch. I can’t ever recall getting amorous from watching a bunch of birds, but to each his own)

Regardless of where the actual holiday originated the general theme was one of love, and by the middle of the 18th century the practice of exchanging tokens of affection on this date was common between friends and lovers. It’s only modern society (and greedy retailers) that turned the holiday into the circus it is today where ‘small tokens’ have become new cars, 3 carat diamonds, and 10 pound boxes of chocolate, but the commercialism aside, I take issue with the notion that the day should only be celebrated by lovers, the romantic kind.

There’s a whole world of single people who love and are loved but because the nature of these relationships isn’t ‘romantic’ they aren’t included in the celebration. They aren’t the target audience of retailers, i.e. florists aren’t advertising that you should send a bouquet of roses to your sister, and yet, what’s wrong with that? Everyone likes to be reminded that they are loved, even by friends or family. Even something as simple as buying a cup of coffee for a buddy at work with a “Happy Valentine’s Day’ message is sure to bring a smile and let someone know they are loved and appreciated.

For too many this holiday is difficult to get through, not unlike Christmas, because not everyone has a close circle of family and friends with whom to celebrate. I say we revamp this holiday to include everyone in society. Let’s celebrate the love not just the romance. Surely for one day a year everyone deserves to feel as though they are special to someone? Send your dear friend a note, send chocolates or flowers, if you feel compelled to, just go out of your way on this one day to make someone feel as though this day of love and appreciation is for them as much as it is anyone else.

I hope you are showered with love on this day, from all who know you,,,,, then spread it around. Happy Valentine’s Day! 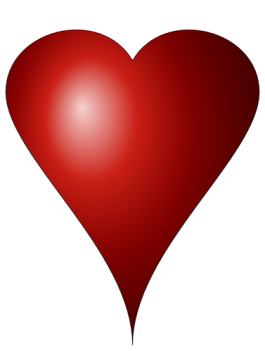 One thought on “A Day of Love”