I don’t particularly like documentaries; too educational for me to relax but I do see the value in a documentary because you learn something you otherwise wouldn’t have, and you usually feel better for the knowledge (even if you nod off half way through) AND a documentary doesn’t usually scare the crap out of you.

Horror movies, books, stories, whatever, on the other hand, are of no benefit. In fact, I’d venture to say these types of ‘entertainment’ are detrimental to society. They give people with warped minds ideas and the next thing you know, there’s a copy-cat on the loose doing God knows what. How does the human mind reconcile the gruesome scenes in a scary movie to a rational, peaceful world?

I’m one of those people who has trouble shaking bad memories. The last scary movie I saw was ‘Halloween’. I had just gotten my drivers license (so yes, I’m a tad over 30…..ish) and wanted to drive, anywhere, because I could. A friend and I took turns picking movies to see and this particular week she chose this horror movie. I wasn’t thrilled with her choice but overcame my apprehension when my father handed me the keys to his Ford Granada. (I was 16 and had a car, how cool is that?)

Suffice it to say the movie really rattled me. After it was over I dropped off my friend and headed home reliving every gory detail of the story in my mind. I turned up the radio and sang, but to no avail, I was scared. When I reached our apartment building I circled for at least twenty minutes because I didn’t have the nerve to go into the underground garage alone. Finally I drove to a nearby service station and called my father. Ten minutes later I picked him up in front of our building (in his pajamas….it was after midnight) and together we drove underground to park the car. He wasn’t angry, much to my relief, but he did kind of grimace when I circled into our parking spot (too quickly) and scraped the drivers side of his car against a concrete pillar that separated our spot from the next. (ok, I was still freaked out by the movie and just wanted to get out of this dark, creepy garage.) When we got out we both looked at what was left of the chrome strip that ran along the length of his car – it was now crunched into a nice ball at the end of the car but at least I didn’t dent the body (if you pulled off that piece of chrome you’d never notice it) I swore off scary movies after this. (ok, ok, I digress)

I guess what I struggle with is how people can be entertained by fear and gore. I just don’t get it but clearly there’s a huge audience because most movies now, even tv shows, have some element of violence; a darker side, and the public love it.

I occasionally watch a show called ‘Elementary’. Excellent writing and fortunately, the gory scenes aren’t viewed, simply implied, but I have to wonder what kind of mind came up with these stories. They are truly dark and disturbed. Even the Bond movies have become darker. No more do you see Roger Moore light a cigarette that inadvertently fires a bullet (silently) into the bad guy leaving no mess, just a crumpled tidy heap on the floor. Now, not only do you hear the bullet, but you witness the torture leading up to it, amidst screams of agony and blood splatter.

At least though, Bond was fictional. I worry about films that glorify actual horrific events. The Boston Strangler, Lizzy Borden, Walking Tall, The Holocaust, 911; all were unimaginable actual events. Weren’t they horrific enough to live through or read about? Do we really need to replay them as ‘entertainment’? I just don’t get it and I worry about a society where people do.

I don’t think I’m weak, squeamish maybe, and I acknowledge that  my discomfort with horror movies stems from my apparent inability to separate reality from the ‘performance’. It appears that what’s unsettling and disturbing to some (me) sends a surge of excitement and an adrenaline rush to others. I will never understand it but I admire your ability to turn off your fear. I do not foresee a time when I will ever be able to stomach entertainment that glorifies the darker side of humanity but  I also know I’m not alone, and until such time as I can (which is never),  I will continue to find my entertainment in a good old toe-tapping musical or replay a comedy show, then…. I will park my car without need of an escort AND I will sleep at night. 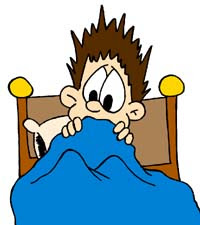